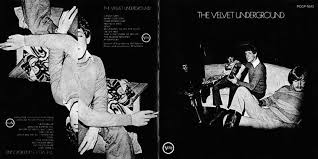 Here's a brief look at how some music from The Velvet Underground has been used in film or performed live.

The Velvet Underground is a band that has a moderate level of use in film soundtracks, but I've had a hard time finding clips from films with the songs playing. There is a clip of "Sister Ray" playing over the end credits of Brick, and while it's a great song and a cool movie, who wants to watch that? But you are all in luck tonight, as I have found a great one. I was a big fan of the film Adventureland and as I began this month long feature, I kept thinking about the scene with "Pale Blue Eyes" playing. There is a clip fortunately, though it does have spanish subtitles and the music doesn't start right away – not a problem for me, personally, but if you just want to hear music, skip to ahead to around 2:41. It's a great emotional scene and the song fits perfectly with the vulnerability and longing on display from Jesse Eisenberg's character. I dig.

How about some live tracks? Here's one of "Some Kinda Love." It does not have visuals, but Lou provides a little back story to the track in the introduction. I'm really into this one and I like the extra kick it has in this live version.

The other track I found is not necessarily a great version – nor does it have any visuals once again (sorry for the lackluster quality of the videos and the embeds here!) – but it proves something about the original. When Maureen Tucker went on maternity leave, Lou would sing "After Hours." He admits to not being as good at it as her, and he's right. So though it does retain some charm, it's a bit less appealing. Worth checking out as a comparison nonetheless.