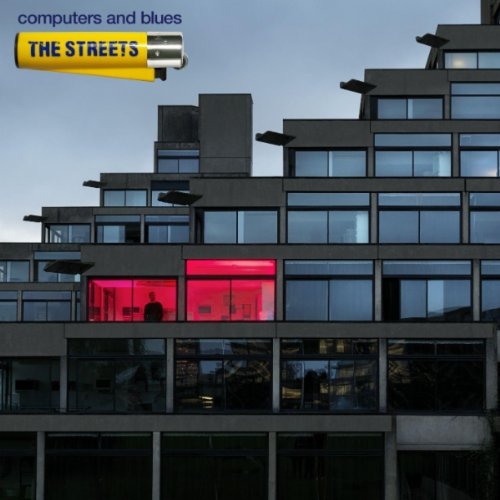 The Streets – Lock The Locks

The Streets – Trust Me

The Streets – Puzzled By People

I don't like to review albums until I've fully absorbed them. I know this bucks the modern blogging trend, but hey, we're special at Those Who Dig. Let me start by saying I love Computers and Blues. There it is; mystery ruined. I've been waiting for years for this return to form for The Streets and Mike Skinner was not about to retire without dropping another great album.

Mike Skinner's last effort Everything is Borrowed, was a huge misstep that followed the inconsistent effort of The Hardest Way To Make An Easy Living. I never expected the pure brilliance of Original Pirate Material and A Grand Don't Come For Free repeated, but I can count on one hand the number of times I actually got through Everything. The Street's newest album, Computers and Blues, very nearly makes up for it. As it's name would suggest, it's a very digital album – glitchier and more heartfelt.

Skinner's two best albums showcased the two distinctly different ways he could create a great album. Original Pirate Material was full of great production and songs that just felt epic. Each was injected with an energy and attitude that was new to most hip hop fans. A Grand Don't Come For Free on the other hand, used each song far more subtly, in the interest of creating a cohesive whole and telling a story. It's the Seinfeld of hip hop albums – it's all laid back and essentially about nothing.

Computers and Blues works in the former category. While there is a thematic sound, each track is distinct and a hit in it's own right. The chorus specifically are classic Skinner and really work the tracks into your consciousness.

Skinner has been saying that this is the final studio Streets album, and he's clearly completing the cycle with the album cover's warped reference to Original Pirate Materials' cover. Skinner did, however, release Cyberspace and Reds which is essentially a mixtape of music made after the completion of Computers and Blues. Hopefully, he comes to his senses and keeps the moniker alive since I can never get enough of his entirely unique brand of music.