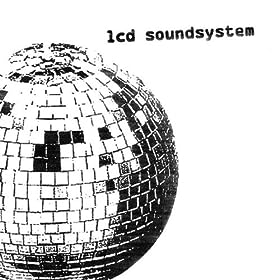 With LCD Soundsystem playing their final show tonight and all of the coverage on the band in the past days, weeks, and months, it felt appropriate for me as a music blogger to write something. But I quickly realized I'm much less interested in what I have to say than what all of you do. Time for a Holler Back!

I haven't been blogging all that long, but this seems like a rare big deal because LCD Soundsystem has been a very prevalent, one might even say emblematic, musical force in the past near decade. There are much better, more informed, more detailed, more personal, and more passionate accounts out there (probably will link to some tomorrow) and I have no intention of trying to sum up the band or assess their impact except to say that they had a big one.

LCD Soundsystem – Never As Tired As When I'm Waking Up

That's because I've never been a huge fan and it would be dishonest of me to take on that posture. By no means do I dislike LCD Soundsystem. It's just that for whatever reason, they have never been all that important to me personally. I've only spent time with or even heard all of the first album. I've never seen them live. My favorite song is probably "Never as Tired as When I'm Waking Up" ("All My Friends" is a close second) and I believe Christopher Walken needs to start a career as a William Shatner-esque singer just to take on "Losing My Edge."  That's about all I can say. All the coverage has made me very curious to revisit them (or visit for the first time, as it were), maybe I'll ironically end up more into them after they've ceased to be.

I feel compelled to write this post, though, because I have seen how much they have meant to people, both first hand and indirectly. The latter is exemplified by things like all the plaudits appearing in blogs of late, their regular, high appearance on year end lists whenever they release new music, the incredibly quick time it took to sell out tickets to their shows (especially these final ones) and so on. But the former, the first hand, is more memorable. During college, I was a DJ for the radio station and it was a great experience, especially for all the like-minded, interesting friends I made. Because this group was a primary social circle, I regularly went to "radio parties" and I can tell you, LCD Soundsystem was huge at such events.  People loved it. Songs like "Daft Punk is Playing at my House," and "Disco Infiltrator," seemed made for such events. It was music for people who love music and simultaneously music for people who just want to have a good time – music's intellectual and emotional appeals, perfectly married. That will probably always stick with me.

So with that said, I open it up to all of you: What did LCD Soundsystem mean to you? What are some memories and moments you associate with their music? What are your favorite songs, what's your favorite album? What's it like to see the band live? To use a TV analogy of personal relevance, do you think they are right to pull a Seinfeld and go out on top, instead of risking a decline by staying around like The Simpsons, or could they have kept going? What do you see as their legacy, whether personal or universal?