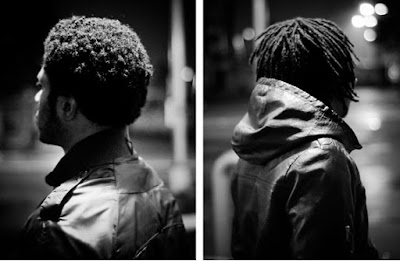 This is the sound of hip hop evolving. And not in a poor quality, gimmicky, step backwards kind of way (cough Odd Future cough). If you want to smartly alter the scope of a genre, Shabazz Palaces shows the way to do it.

Ishmael Butler is the driving force behind experimental rap group Shabazz Palaces. He's certainly not your typical game-changing rap figure. He's Seattle born and raised and at 42 years old, he's a seasoned vet with loads of work behind him. Throughout the years he's worked with Digable Planets and fronted the hip hop group Cherrywine. He also tends toward the mysterious, with a pension for denying interviews and not providing information on releases. So it's somewhat surprising that Butler has emerged as such a forceful figure.

Shabazz Palaces' music is paradoxical in all the best ways. It's cold and digital yet catchy. It works on common ground rules, yet it's progressive. It's avant and intelligible, yet accessible. Songs like "Swerve" work on heavy bass and minimal soundscapes, but sound like they could be radio jams filtered through an angry robot. "Blast It" has all the bass of "Swerve" but works with complex, floating xylophones while Butler's rhyming flows along evenly.

I'm not generally an avant-rap, heavy-on-the-digital kind of guy, but Shabazz Palaces are crafting something special. Their album, Black Up, drops on June 28. It's surprisingly on Sub Pop Records, which means it'll get plenty of notice. I have a feeling you'll be hearing a lot from Butler and crew this summer.