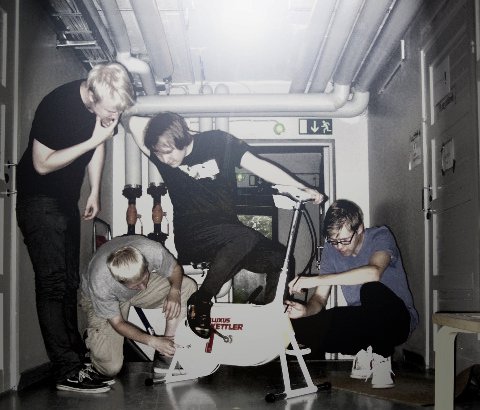 Well these lads are certainly a lively bunch. Other than being from Finland and supposedly being the "most blogged about Finnish band of 2010", I don't know much about Satellite Stories. They don't even go by their real names. Each band member is named after a type of satellite (Weather Satellite, etc). What I do know is there songwriting is very tight and they definitely have the energy and upbeat sound that could take them places beyond the Finnish blog world.

The Satellite Stories' songs revolve around choppy guitar riffs and blisteringly quick percussion. They have the speed and energy of punk songs without feeling like punk songs. "Kids Aren't Safe In The Metro" is the first one that sucked me in. It has a hell of a catchy chorus and a stomp-along beat that you can't seem to shake from your head. The story of a boy reintroducing himself to a girl he met the night before at a disco is youthful while still feeling universal. It's a great little jam.

Check out Satellite Stories' Facebook and Soundcloud pages for more information, hopefully we'll have get a proper album from the boys sometime soon.