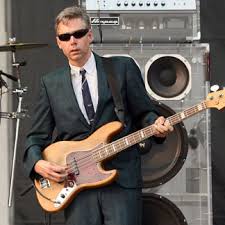 As anyone reading this almost definitely knows, Levon Helm and Adam Yauch recently died. I like The Band and The Beastie Boys, but I'm not one to fully assess either artist's lives or cultural impact or anything too big picture. Instead, I want to share a little about how they each affected me and my listening experiences and also learn what they meant to all of you.

I was aware of The Band before I had any idea who they were, if that makes sense. I remember looking through my dad's vinyl collection at a young age and being fascinated by the album artwork for Music from Big Pink. A few years later, I'd notice his two-disc To Kingdom Come and wonder how anyone could get away with calling themselves "The Band," but I'd quickly file it back and soon forget. Rick Danko's memorial in the early stages of my Rolling Stone reading was another mention of this mysterious group. My gateway to The Band finally came via my obsession with Wilco. They seemed to be the most frequent touchstone in reviews and essays, so I knew I had to check them out.

I was glad I did. I really came to love their music and of course I checked out The Last Waltz and dug it tremendously. When I think of American rock and roll, The Band is one of the best short hands for the pureness of the genre, even if they are only American by one member. Yet that member was Levon Helm, who had enough Southern soul and roots in Americana to go around. My favorite songs are the ones he sings; I always loved the feeling behind his vocal performances. There is something he brings out from the core of his being that just hits on a gut level. Of all the possibilities for a Wilco-The Band connection, I hear it most between "Up on Cripple Creek" and Being There, especially the bass and groove of "Kingpin." These are two of my all-time favorite songs and I would like to pay my respects to Levon by sharing them here.

The Band – Up On Cripple Creek

I may be wrong, but I feel like of all the bands active in the 90s, the Beastie Boys may be the most universally appealing to people my age. That doesn't mean they are everyone's favorite. But it does mean that if you were at a party in need of music, you could get everyone to agree on the Beastie Boys for the playlist. And if you asked for a favorite Beastie Boys song, a response would come without any trouble and it likely wouldn't just be a stock answer but a song that person really liked – and I bet there would be a lot of diversity in the answers. What other bands were or are like that?

It's impossible to take any one of the three members out of the equation, as there was something so perfect and elemental about the unity of the trio of Adam, Adam, and Mike. But I always did gravitate towards Adam "MCA" Yauch the most. I know initially that was because his voice was the easiest to pick out, being the low register of the Beastie spectrum. But as I got more into them, I found myself gravitating to him because of what he said and how he carried himself. He seemed more relaxed and thoughtful. He was also into film, starting a production company and helming several of the group's amazing music videos as Nathaniel Hornblower. He just seemed so cool and by all accounts, he was.

Beastie Boys – Fight For Your Right

If you listened to Digcast III, Dave and I revealed we played in a band together in high school. We did tons of 90s covers, and it was always a particular joy to play "Sabotage" and "Fight For Your Right." I can't hear the latter without thinking of Dave yelling "Kick it!" as our band launched into the song. It goes without saying "Sabotage" is one of the greatest music videos ever made. I actually went as a "Sabotage" character for Halloween this past year. (Check out my Twitter picture – @stevewhodigs). It's an Ad-Rock vocal show, but I know that song wouldn't be nearly the same without MCA's bass line. I'm sharing those plus the video for my favorite Beastie Boys song, "Sure Shot" (which features my favorite ever moment in a Beastie video, when Mike D and MCA exchange the little signal around the 3:10 mark). I never spent as much time with the group as I wanted to, but they molded my sensibilities with their awesome music videos, and I know part of what I love about hip-hop music comes from their classic "pass the mic," solo-and-echo, give-and-take interplay. And to call them just hip-hop feels too limiting, there was a lot going on musically over the course of their career.

MCA and the other Beasties were insanely creative individuals responsible for getting a ton of people I know into music and this is honestly the first music death I experienced that seemed to have such a widespread effect. I suppose it's going to become the norm. I'm sure I'll be rushing to my music library to ponder the ways many artists shaped my musical soul once they pass on a lot more in the near future. Hopefully not too near. Though there will be artists with more personal resonance for me than Adam Yauch, I don't think there are going to be too many others with the same universal resonance.

What did Levon Helm and Adam Yauch and their respective groups and works mean to you? What are some of your favorite moments and songs? I'd love to hear from you, whether in the comments below, via twitter (@thsewhodig, @stevewhodigs), or via our Facebook page.