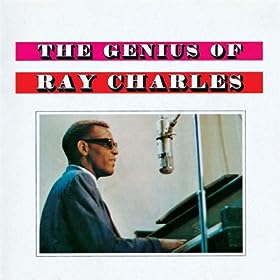 Ray Charles – Deed I Do

Ray Charles was really three people. Little known fact. There was Jazz Ray, Blues Ray, and Country Ray. Here's a gem from Jazz Ray during his heroin-fueled Atlantic days. "Deed I Do" is a track from The Genius Of Ray Charles that doesn't get much attention, maybe because it's an oft-covered jazz standard that's been played by everyone from Ella to Les Paul. The band provides plenty of bombast and swing in equal measures and Ray catwalks his way through the vocal delivery going from hushed to yell, low-down to up-high. At it's core it's a loungy rendition that ends in slowed down theatrics.