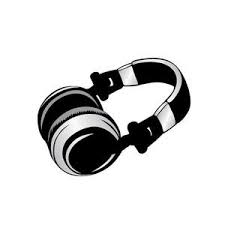 One of my favorite things about music is learning about other's favorites. This social, shared experience is really one of the best things about it. Every now and then, I hope to write about moments when someone plays DJ and shares some of their favorite music with me.

I was staying with my aunt and uncle while I visited Washington, DC for a few days last weekend. One night, my uncle and I were sitting on the couch watching some March Madness. It was a competitive, back-and-forth close game, but I couldn't focus. There was something else on my mind. "Uncle Dave," I asked, "is it really true that you like Abba?"

Of all the musical acts in the world, in the history of mankind, Abba is probably the last I can imagine my uncle enjoying. Uncle Dave is my dad's older brother. He spent more than thirty years in the Army, eventually reaching the rank of Colonel. He served in Vietnam and the Gulf War and has been stationed all over the world. One of his most famous quotes is "I'm not into warmth," and when I was growing up, he often would display a pair of gloves to my brother and me, saying with them on, he "could twist your face off like a jar lid." (Though he was kidding. I think). You can see why I have a hard time imagining him blasting "Dancing Queen," as my dad claims he can be fond of doing.

Yet, I've come to learn my uncle is much more complex and interesting than the stereotypical stern military man he appears on the surface. Sure, that is part of his personality. But that's not all of it. For instance, he's been a runner for most of his life, one who has logged more than 50,000 miles since he started keeping track in the 1970s, and who has ran in every US state and 13 countries. He has taken up painting, originally using shingles from a local college's roof (until he ran out of them), and his work is good. And he has quite a sense of humor. Whereas my dad is more zany, Uncle Dave has perhaps the driest wit of anyone I know. Much like my brother and I, my uncle and my dad have an astonishing array of in-jokes, fabrications, and other general tomfoolery that comprises their relationship. It is because of this fact that I couldn't be too sure my dad wasn't trying to mess with me when he said my uncle liked Abba.

Which brings us to last week. I finally had my chance to ask my uncle about his love of the seminal Swedish pop group. Not only did he confirm he liked them, he soon decided to get his ipod. We spent time listening to some of his other favorites. I'd like to now share some of those with you, ones I hadn't heard that I found enjoyable too.

My uncle first treated me to some Millie Small and her big 1964 hit "My Boy Lollipop." From what I've since read, Millie was a young Jamaican who is part of the early beginnings of ska. You can kind of hear a little bit of that musical movement, particularly in the emphasis of the off-beat, but it also has a nice blues feel too with the harmonica, which sounds great. It's a catchy retro (actual, not just sounding) pop hit that I really dug. A must hear, really.

Next, I was introduced to the Puppini Sisters and thought we were going back even further in time based on the music. But I soon grasped the lyrics and realized it must be a newer act since I was hearing a cover. Sure enough, this group is of current vintage, even if they find their inspiration in the 1940s, the decade my uncle was born. I read that they were motivated to pursue music after seeing the film Triplets of Belleville, a very cool origin story. Their harmonies are great and I like the smooth, jazz bass. Check out their take on a song you've likely heard many times, though probably not quite like this.

The Puppini Sisters – I Will Survive

Finally, we closed the evening with some Leon Redbone and his song "Seduced." Anyone that rocks a fedora, sunglasses, and a Groucho Marx moustache has to be pretty spectacular, right? Check. My uncle describes Leon's voice as "singing with a mouthful of potatoes." But I don't think he meant it in a bad way. This is a strong cut of New Orleans jazz that made it easy for me to imagine Leon sitting at a bar in the French Quarter, in the company of Tom Waits and Randy Newman. And hey, who doesn't want to be seduced at least once in awhile?

So there you have it, some songs from a cool evening I spent with my uncle. This is one of my favorite things about music, learning about what other people love and discovering new artists through sharing. It's one of the best things, the social element, and I hope to do posts like this more frequently if you all dug this. Perhaps some of the music was new to you; I hope you enjoyed it regardless.

And if you'd ever like to share some cuts on your ipod, vinyl collection, etc, with me, let me know!