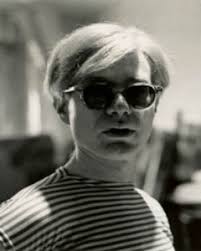 The cover of The Velvet Underground & Nico bears his – not the band's – name and his banana. What else did Andy Warhol bring to the table?

I don't propose to answer this definitively but I do think it's a neat question to ponder. For one, Warhol's an artist I really dig. His work as a pop artist is iconic, he was a true visionary (basically predicting our obsession with celebrities, reality programming, instant gratification, the soundbite culture, and more), and he actively sought ought multi-disciplinary cross-pollination. It's not too often that the visual arts and music intersect so strongly, and with such titans on either side of the connection to boot. Of course, the Velvet Underground have only gained stature over time. Warhol, on the other hand, was a mid-20th century luminary, an essential tastemaker of 1960s New York, and still has profound connections to our present society.

The way I see it, there are two critical contributions he made. First, he thought Nico should be part of the group. The Velvet Underground, in its original inception, was the four member body of Lou Reed, John Cale, Sterling Morrison, and Maureen Tucker. Adding her was likely part of Warhol's vision of the spectacle it would provide, for he had the Velvet Underground as a sort of house band at his "Exploding Plastic Inevitable" multimedia happenings/events. As a German model, she cut an impressive figure – Warhol had a fondness for the image of a beautiful woman – and as a chanteuse her deep European voice was not one easy to ignore. Her presence also perhaps tempered some the Velvet Underground's more experimental and avant-garde tendencies, for (spoiler alert) things got pretty out there when she left and the band recorded the follow-up White Light / White Heat.

The second is that Warhol's name was rich with cachet. He had a limited understanding of music and recording; his gift was having the pulse on the hip and innovative and seeing latent potential. People were interested in what he was interested in, and if he thought the Velvet Underground was a band worth hearing, then that counted. This was especially valuable considering the boundaries and risks the band took musically and lyrically. It encouraged the Velvet Underground and freed them to pursue their muse unfettered. He also footed the bill. Without such an amenable context, I wonder if a song like "Heroin" could have been recorded. In the studios, Warhol's simple endorsement of "Ooh, sounds fantastic," was enough to convince befuddled sound engineers, as well as Verve, the label that released the album.

There are certainly plenty more elements in the perfect storm that led to this classic work, but Andy Warhol has to be among the most significant. He gave us a lot, I'm grateful that includes The Velvet Underground & Nico.