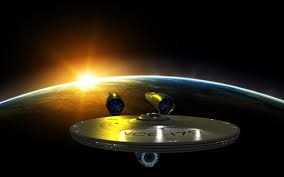 As you probably know if you've been reading Those Who Dig over the past few weeks, I interviewed the seven bands that were playing the New Zealand showcase during CMJ. One thing I asked each was to give me songs for a collaborative playlist. Tonight I'm unveiling it for your listening pleasure.

The basic idea was this (and it sort of evolved over the course of the interviews): an alien spaceship is traveling the universe, collecting music from each planet. What do you want submitted from Earth? It could represent humanity, have personal signficance, or just be something that you feel has to be preserved. I didn't ask it so eloquently, but each group came up with at least song.

Here's what everyone said:

I decided the best way to compile this for everyone to enjoy it would be to make a playlist on Spotify. I did make some choices about specific songs when only an artist or album was mentioned (like The Shangri-Las or Neil Young) or what version of a song to use (like "You Are My Sunshine" and "Fly Me to the Moon"), generally going with what was easiest to find. I also mixed the order up a bit from what you see above. Unfortunately, I was unable to find the Gordons on Spotify or anywhere else, and the Beatles are not on Spotify either.

Nevertheless, the final playlist is 16 tracks and quite cool. It's somehow even more eclectic than the acts themselves are and features a lot of great stuff.  Check out the tracklisting below and click here to listen on Spotify.

Hope you dig it! Feel free to let us know what you would have submitted in the comments below!