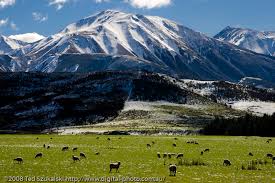 Last night was my introduction to CMJ, and the New Zealand showcase was a great start. I had an awesome time seeing seven diverse bands and meeting a bunch of new people.

Before we get to the show recap, I was fortunate to be able to interview all 7 acts prior to the show. Look for all the interviews to pop up each day over the next week or so.

Ok, on to the show. It was at Le Poisson Rouge, which was a place I hadn't been to before, but really dug. Each band got to play about 20 minutes, which is an unnatural set length, but the nature of the CMJ beast. There are some downsides to this approach, but for the sake of exposing audiences to as many new bands as possible in a short time, it makes sense. It also makes any good impression that much stronger; an act that stands out with just a few songs really stands out.

I enjoyed each band and loved the experience of hearing a wide range of sounds over the course of the evening. I'll briefly list a few things that were memorable to me. The night began with Princess Chelsea. She and her band had the most diverse set of instruments on stage of any act, which was necessary to create the rich soundscapes of her recorded music. I dug the xylophone and singing saw, as well as how everyone kept swapping instruments. There was a lot of talent up there.

Andrew Keoghan was next. He was quite the multi-tasker, creating vocal and instrumental loops, which he layered over time to bring his songs to life. I always find this process fascinating. Like Andrew, Pikachunes was a one-man band (though Andrew did have a drummer). Sometimes a guy with a keyboard and laptop makes for a boring show, but Pikachunes' dance music brought a high level of energy that was well-received by the crowd. He was clearly into the performance. Some of the people I was with said he was their favorite set of the night.

Things shifted to full bands with The Golden Awesome. They began the trend of loud, which carried through the rest of the night. Their shoegaze rock was nicely layered; everything seemed to lock in and create a grooving wall of sound that washed over us. Next was Popstrangers, a dynamic trio. Their performance was pretty raucous. It made me realize one example of the benefit of 20 minutes, which is allowing a band to play really hard and sustain that easily. All highs. This was also true of Street Chant, who played a highly kinetic set. I think all the bands had good chemistry, but it seemed most evident to me with Street Chant. It felt really obvious that they are friends who love playing music together and who have developed a tight bond that resonates in their live performances. Emily also won my vote for Best Dressed with her Seinfeld T-Shirt of "The Kramer" painting.

The loudest and most intense act of the night was last with Cairo Knife Fight. I learned before the show that the duo had been going through a lot of issues – including splitting with their management right when they arrived in America – so this set felt particularly cathartic. These guys just rock, plain and simple. Guitarist Andrew worked the crowd and cameras with his moves. Drummer Nick, who also does most of the singing, used some drum loops to make their already massive sound even bigger.

Altogether, this was a great night of music. And what caught me by complete surprise was the social aspect of CMJ. It was fun meeting other bloggers and writers during the pre-show interview "junket," and I met a lot of cool people during the show, too. At one point, I was with Jessica and Andrew, radio station people from SUNY-Oswego, as they talked with Anthony, lead singer of an Australian band, about how they could play the band's music on their show. A totally impromptu conversation between people from across the world, bonding over music. How cool. Obviously most people who go to shows are into music, but this extra level of making connections and getting to know each other made CMJ special. Anytime you can see good music and meet good people is a great thing in my book. I dig.

By now, if you weren't there you are probably upset you missed out. But, don't worry, I have some good news! All of these bands are playing at least one more time during CMJ, sometimes more. Here's the info: