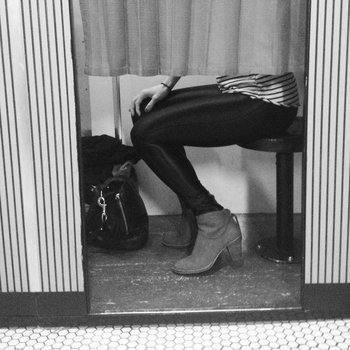 Here are the shows you should consider checking out this week in NYC.

Tonight, you can check out The Mystic Underground at Grand Victory. They go on at 10:00 for the release show of their new EP Gender Rules.

On Wednesday, our friends Tiger Dare play with another artist we've shared here, Mary Alouette. Both open for Pure Bathing Culture at Glasslands. It's a $10 show with doors at 8:30.

Another event that sounds interesting Wednesday is The Black Diamond event at Joe's Pub. The music of Sarah Tracey has spawned a film noir, murder musical web series with five epiodes that will be screened. There will be live performance as well. I like this idea. It starts at 7:00.

The shows just keep on cranking as the week continues. Thursday night features our friends Blue & Gold plus the recently featured on the Dig Cold Blood Club at Mercury Lounge. Blue & Gold rocks it live and if Cold Blood Club is anything like their recent video, well, it's going to be a doozy. It's an 8:30 show and costs $10. Also on the bill is Stout Cortez.

This same night, Grand Resort completes their residency at Piano's. They play at 10:00, it's $8, and there are four other bands on the bill, including Suburban Living, who have appeared on this site in the past.

Take the night off Friday and gear up for an epic weekend. Saturday, Grooms plays their Infinity Caller release show at Death By Audio. Here's the video for "I Think We're Alone Now"

Notable electronic artist Jon Hopkins plays twice on Saturday. First, he'll be at the MOMA PS1 Warm Up Party, then later he'll be at Cameo Gallery. The latter show is a midnight party, you can get tickets here.

And finally, the Captured Tracks 5 Year Anniversary celebration takes place on Saturday and Sunday at the great new Bushwick venue The Well. The lineup is pretty amazing, get all the information here.