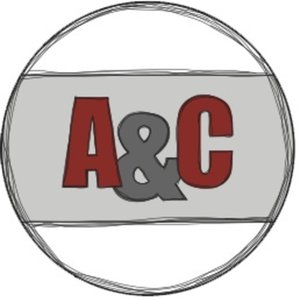 Today, I am introducing a new feature called Label Year. The idea is for me to buy and listen to all the pieces of music a selected record label releases throughout the full calendar year then write about each one.

I don't always think about a record label every single time I purchase or sample music, but it is certainly something I find interesting. Part of that is because I have a natural tendency to catalog and sort things, and a record label is a useful organizing principal. More significantly, I am aware that some labels, particularly independent ones, have defined sounds, unique traits, geographical emphasis on robust local scenes, and/or seem to consistently release music I really like. I thought this would be a good way to explore the idea of record label as curator and source of new music, and perhaps even support independent business. On a side note, I feel that independent labels are as important as ever, maybe more than ever. In a splintering market where people pay less and less frequently for music of any kind, the devotion micro-communities develop to indies, and their willingness to be innovative has made them more economically healthy, I would suspect.

Anyways, you might be wondering which label I have chosen for 2011 (if you haven't guessed from the logo). I picked Arts & Cra fts (website & store) ou t of Toronto and did so for a few reasons. First, they released my #1 album of 2010, Broken Social Scene's Forgiveness Rock Record. The label was actually started by Broken Social Scene as a way to release their albums and those by their members. Since I love BSS and some of these side (or main) projects already, I figured I would be pretty likely to enjoy other ones I haven't heard. And as A&C has grown, they have signed other artists too, perhaps for their similar aesthetic, or to support promising acts within the local scene, or maybe just because they liked something they heard and wanted to put it out. I'm curious to see how unified or diverse the output of Arts & Crafts is. Finally, they seem to release a manageable amount of music in a given year: not too much that I'll struggle to keep up, but no so little I won't have anything to write about. And it's a nice variety of full length albums, digital singles, 7 inches, and so on. Even the occasional DVD!

My plan is to review each release, and if you're interested, I'd love for you to join me. Think of it almost like a book club. I will announce what's coming next and if you feel like it, get the music, read what I have to say, and then offer your own comments. Maybe we can get some discussion going. I'm going to make a little up as I go along (probably will occasionally include news and delve into the "back catalog"), and there won't exactly be a set schedule, but I'm quite excited and I hope you are too.

The series will kick off in earnest with A&C's first release of the year: Chikita Violenta – Tre3s (it's supposed to be a backwards E, but everyone's used a 3 when typing).

To get you in the mood, here's a song from the label's first release, You Forgot In People, an all-time classic. I'm trying to think spring, what better way than a song about the sun?