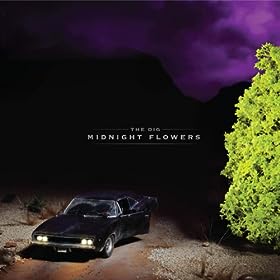 There's always a lot of music to see in New York City. Here are two shows you should check out this week: I Was Totally Destroying It at Piano's on Thursday and The Dig at Cameo Gallery on Saturday.

I shared a great new video from I Was Totally Destroying It a few weeks ago and I mentioned then how the band was from Chapel Hill, aka one of the greatest places on Earth. I know I say I lived down there and that it had a great music scene pretty much every chance I get, but now you all have the chance to learn firsthand when the band takes the stage Thursday October 4th at Piano's (158 Ludlow St). They are touring behind their strong new album Vexations (album art pictured above) and will share the Showroom stage with several other bands. The show starts at 7:00, it costs $8, and you can buy tickets here.

It seems too good to be true, but there is indeed a Brooklyn band called The Dig. They are worthy of their (and, by close association, our) name. They have a show this Saturday October 6th at Cameo Gallery (93 North 6th St, Williamsburg). The band is on tour with The We Shared Milk (full dates here) and have a cool new album out called Midnight Flowers. So check out this digworthy event. It starts at 8:00, the tickets cost $8 in advance and $10 at the door, and they can be purchased here. Also, it's 21+.