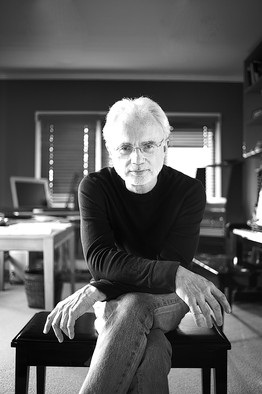 John Adams is a contemporary American composer of prolific and unusual compositional output. He is also the creator of and writer for the music blog Hell Mouth. We at TWD have previously written on his opera, Nixon in China, as well as a collection of short alleged dances for string quartet including, Toot Nipple. In terms of sheer girth Gnarly Buttons falls somewhere in the middle. It is about a 30 minute work that breaks down into three movements:

The work was commissioned by the London Sinfonietta and premiered by the group on October 19, 1996. The sinfonietta is the featured ensemble in the attached mp3. In describing the composition John Adams has said that each movement is meant to be a sort of 'forgery' or imagined musical model – take that however you will. He has also said that the work was influenced by his father's death from Alzheimer's disease. In regards to the name, he explains himself by saying that the title is a reference to the 'gnarly buttons' on many trees.

John Adams is a man of few words – words like gnarly or toot nipple. I dig John Adams.

In addition to the John Adams, the concert will feature performances of Manuel de Falla's Harpsichord Concerto, and Daniel Thomas Davis's Cello Concerto.

For more information regarding the concert consult the Peabody Concert Office.