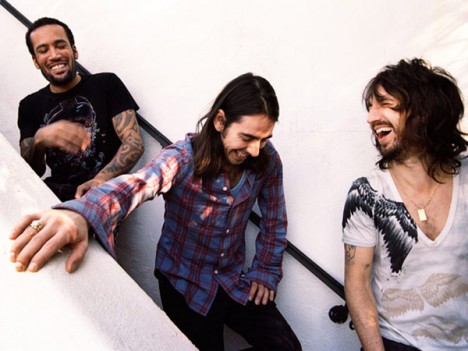 I just got ahold of Fistful of Mercy's As I Call You Down and it is unsurprisingly great given the line-up. Fistful of Mercy consists of Ben Harper, Dhani Harrison (son of the Greatest Beatle), and singer-songwriter Joseph Arthur.

I've always been a big Ben Harper fan, even if I haven't kept up with every album he's released. He's a talented dude and he writes music that's right up my alley. I've heard a few things from Harrison's band thenewno2 that I liked alright. Joseph Arthur's music is new to me but he seems like a vital contributor to Fistful's sound. These guys consider themselves the new Traveling Wilbury's and that's just alright with me. Their music is bluesy and soulful and worth some spins.