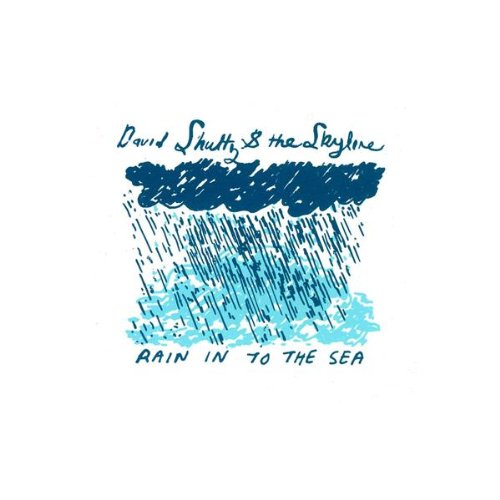 David Shultz and the Skyline – Rain in to the Sea

I love those certain artists that seem to turn everything they touch into gold. My King Midas of the moment is David Shultz, whose previous effort with Ophelia was a Those Who Dig favorite. He and his band, The Skyline, are back at it with the new LP, Rain in to the Sea.

One of the perks of blogging is staying in touch with great artists and always getting updates on their work. I was more than a little excited when David sent this album through the massive series of tubes into my little ol' inbox. His previous collaboration with Jonathan Vassar, Ophelia, was a little gem of acoustic Americana and I was intrigued to see what direction his personal stuff would take.

Rain in to the Sea is just immediately so damn likeable. "Against Nothing" is a perfect opening track. It starts the album off with nothing but quickly strummed guitars creating tension and Shultz' vocals slowly burning until the flame bursts a minute and a half in. Then the rockin' begins, my friends. The title track is an uptempo, driving jam with two of my favorite things: head bobbin' and hand clappin'. And a xylophone! Every track here feels essential, which makes for a solid album.

This is an album lacking in irony and big on the feel-good. And it feels so good. Shultz's melodic approach is acrobatic and catchy and reminds me a lot of Mason Jennings. The percussion section is upbeat and bouncy and drive the songs' pure optimism. Isn't it fun to be uplifted by indie rock sometimes instead of moping to some old, sad bastard music?

Let me answer that for you. Fuck yes it is.

Apparently Mr. Shultz is a giving fellow because he's made Rain in to the Sea available for FREE. Bitchin', upbeat tunes available for free – what a guy, right? What more could you want? A steak dinner? Maybe if you ask him nicely.