It's the end of the year and in addition to gingerbread, whiskey cider, and Vince Guaraldi, it's also time to look back at the albums that defined my year.

This is not a list of of album from 2010. This is a list of the albums that were the most present and perpetually in play in both the background and foreground of my life.

Making an end of year mix tape? Check out the attached music and see if my selections sound like your version of 2010. Later we can all compare mix tapes and try to figure out what they mean about our year at a psychological level.

Without further adieu, these are my Top Ten Most Dug Records, of any release date, throughout the course of my 2010.. 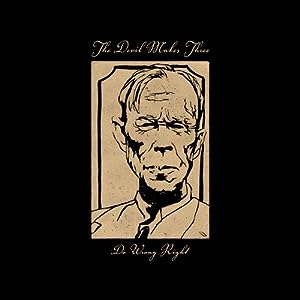 The Devil Makes Three – All Hail

I only discovered this band in the previous year, but I discovered them in a big way. The clever word play, tight vocal harmonies, pop sensibility, and new grass style sparked an immediate interest in both this album and their entire catalogue.

My 2010 saw a renaissance of Duke Ellington on my turn table and this was the album that brought forth the deluge. The good people at Own Guru records in Baltimore MD hooked me up with this gem when I stumbled into the store one morning with the request. Unfortunately I am unable to post an mp3 for your listening pleasure since I only own this record on vinyl, but trust me, this album title isn't pretentious or presumptuous, it's just fact.

I am immensely impressed by this album because of its long range structure, unique song form, instrumentation, and general cohesion. The submitted mp3 is the most accessible track on the album and is nothing short of infectious, but it has it's place within the lager whole and that is really the selling point of this work. It is not a collection of three and a half minute opuses it is one Album, and there just aren't too many bands making music with this level of structure and compositional intent.

I found this record at a DC vinyl trading convention last spring. I have always loved Muddy Waters in every stage of his career. Nevertheless, dropping the needle on this record made me feel like this is what a record collection is supposed to sound like, and moreover, this is what rock and roll was and should still aspire to be. I IV V progressions, style, passion, and sexual innuendo. Unfortunately this is another album I was not able to find in digital audio so I am forgoing the attached track.

6. John Prine – In Spite of Ourselves

John Prine – In Spite of Ourselves

Simple songs simply told. For an artist like John Prine there is a limitless potential for the craft of songwriting. He has been quietly working and creating off to the side of the lime light for a long and healthy career. Nevertheless, this album has been my favorite. Stocked with guest appearances from Iris DeMint to Lucinda WIlliams, Prine created a throwback album in the style of Patsy Cline and didn't miss a beat. Simply wonderful. 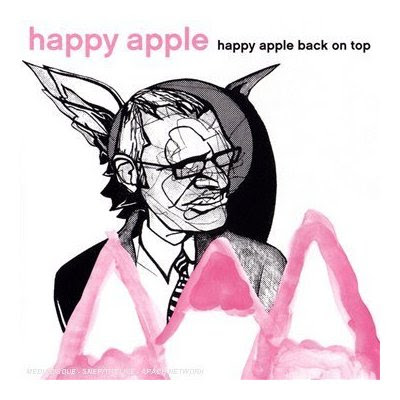 Happy Apple is one of my favorite contemporary jazz ensembles and one of the most forcefully creative collective of musicians I have ever heard. They are relentlessly imaginative, massively talented, abstract, and accessible all at the same time. Try not to love these guys, I dare you.

4. Trampled by Turtles – The Devil and the Blue Sky

Much like my previous selection of The Devil Makes Three, this was a band I only welcomed into my collection this year, and it was through this album and this track. I spent an inordinate amount of time this year practicing my mandolin and I have to think that my practice habits informed my listening quite a lot in this regard. Nevertheless, the album is incredible and I love it. What is really remarkable about this record is that it contains instrumental tracks. This is a rare feature in most successful pop music and I like to think that Trampled by Turtles and the resurgence of this kind of music in the mainstream will open many listeners ears and eyes to a whole world of music making that doesn't include a lead singer. I adore this record. Ray Charles is a technician and this album speaks to the quality of the original compositions through the lens of Ray Charles. I have no cap on my ability to consume this record and imagine I will never tire of it's opening track which is linked above.

The Bad Plus – Super America

The Bad Plus is a jazz trio whose tour schedule, blogs, bootlegs, and album release dates I follow obsessively. I cannot write high enough praise to adequately express the amount of respect and admiration I have for these three musicians. This 2010 release is comprised entirely of their own compositions and is perhaps my favorite of all their recordings. Never Stop is their salute to their ten year anniversary as an ensemble and captures their spirit and unique compositional language perfectly.

Punch Brothers – You Are

The Punch Brothers 2010 release Antifogmatic is a diamond in the rough. The individual talent in this band is staggering and their collective product is even better. However, their musicianship is the selling point of their work since their talent allows them to play anything they want, and their musical sensitivity allows them to shape and craft this sound with real emotional and dynamic range.

A retrospective look at your year in music can be a cathartic experience and may illuminate a theme in your recent history that you didn't previously see. TWD loves these lists as well as other music catalogues and lists. Give it a shot for yourself and let us know what your top 10 might sound like. Keep your ears and minds open and your browsers set to Dig.